What You Need to Know About Idyllwild

Name of the Area

Some of the earliest maps of the area only showed the Strawberry Valley name. Yet, Mrs. Laura Rutledge has generally been credited for naming the area now known as Idyllwild. In 1899, she and her husband managed a sanatorium for patients suffering from respiratory diseases. The sanatorium, a rather large structure, was located in the center of downtown Idyllwild. After the federal government decided to establish a post office in the sanatorium, Mrs. Rutledge suggested "Idyllwild." The name has remained the same since this recommendation.

An Introduction to Idyllwild

Idyllwild, Pine Cove, and Fern Valley are three adjacent unincorporated communities, of which Idyllwild is the largest, located in the San Jacinto Mountains in Riverside County, California. The Idyllwild community also generally includes the hamlets of Mountain Center and Garner Valley, though individual residents embrace this association to varying degrees. "Mile-high Idyllwild" is a popular southern California mountain resort about one mile (1.6 km) in altitude. Idyllwild is flanked by two large and one smaller rock formation, Tahquitz Peak (with nearby Lily Rock) and Suicide Rock, which are famous in Southern California rock climbing circles, and Mt Atlas.  One of Idyllwild's attractions is that it offers all four seasons, yet in winter is only an hour's drive down to the desert on the Pines to Palms Scenic Byway.  It currently offers no skiing; thus "the Hill" has been minimally developed over the years and remains a center for hiking, mountain and rock climbing, and horseback riding.

Idyllwild was listed in the 1998 book 100 Best Small Art Towns in America, by John Villani.

Idyllwild, Pine Cove, and Fern Valley are part of the Idyllwild-Pine Cove census-designated place (CDP). The statistical information applies to the entire CDP, although local views of the community vary somewhat from the definition of the CDP.  The population of the CDP was 3,874 at the 2010 census, up from 3,504 as of the 2000 census.

Idyllwild was once the summer home for bands of Cahuilla Indians, who migrated to the area to escape the heat of lower elevation deserts. The Cahuilla's grinding slabs can still be seen in Idyllwild. 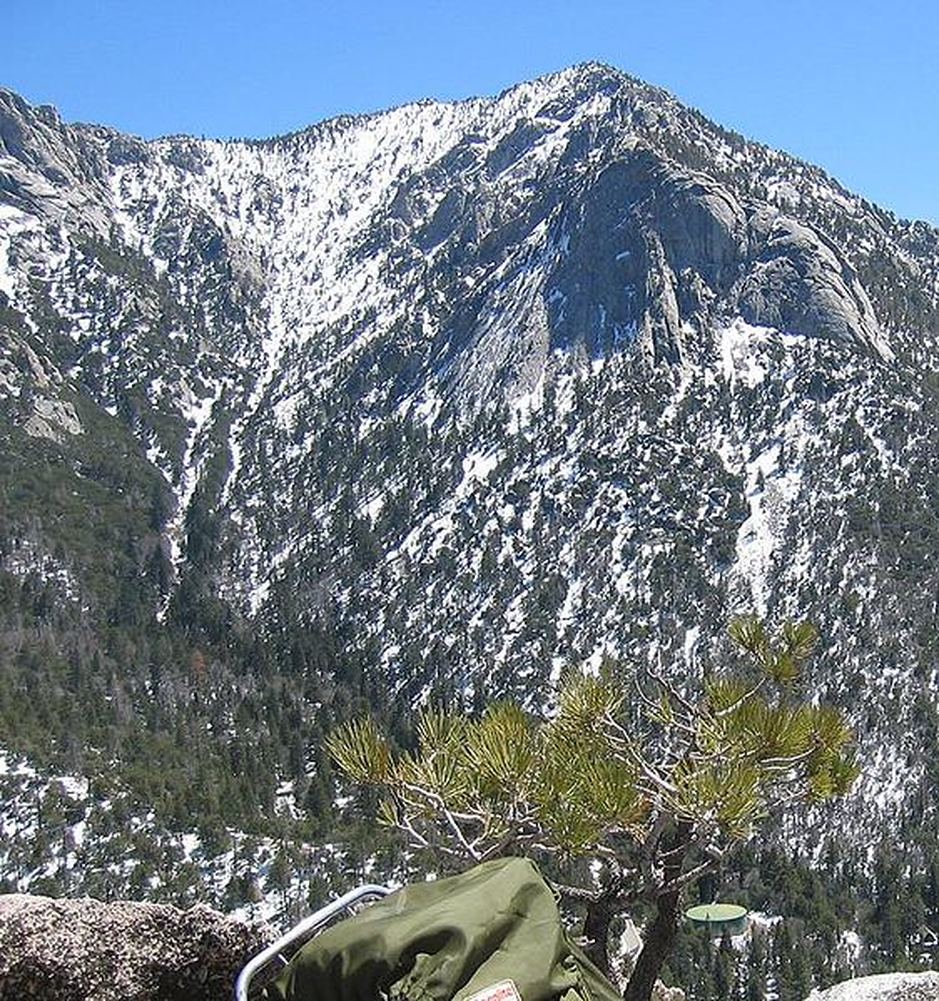 The Four Seasons of Idyllwild, California

A Cahuilla legend recounts how tribesmen chanted over the body of their fallen chieftain Tahquitz, or Takwish, who had been possessed by an evil spirit and killed his sweetheart. Suddenly his body began to glow like fire, and he rose and settled on Idyllwild's Tahquitz Rock - a 1000 foot tall rock face that projects from the side of the mountain.  According to the legend, Tahquitz is trapped beneath the rock with a rattlesnake and a condor for company, and when the mountain shakes and trembles, it is not an earthquake, but Tahquitz up to his evil tricks on Lily Rock.
​
Idyllwild was known originally as Strawberry Valley because of the wild strawberries that grow there, especially beside the creek that runs through the town, Strawberry Creek. Shepherds regularly brought their flocks to the valley.  In the 1880s, the Domenigoni family of San Jacinto homesteaded land near what is now the Idyllwild Arts Academy.  In 1889, George and Sarah Hannahs built a summer camp next to the site of their sawmill in upper Dutch Flat.  They named it Camp Idyllwilde.  By the 1890s a toll road had been built from Hemet, which opened Idyllwild to settlement, logging, and tourism.  A post office was established in 1893; at this time, the town was called Rayneta after the Hannahs' son Raymond.

In 1901, the Idyllwild Sanatorium was built to treat tuberculosis patients.  The sanatorium was soon remodeled as a resort called "Idyllwild Among the Pines," and, later, "Idyllwild."  That same year, the town's official named was changed to Idyllwild.

With the advent of the automobile, Idyllwild became a weekend tourist attraction for people in Southern California.  For many years, the town presented itself as an alpine village, and hotels and businesses had German or German-sounding names, but this practice ended during World War II.

From the 1930s to 1950s, Idyllwild was a center for the production of "knotty pine furniture", the fine log furniture made in the Arts and Crafts style. Under the direction of Charles "Selden" Belden, the furniture was produced by the Idyllwild Pinecraft Furniture Company and, later, C. Selden Belden Idyllwild Pinecraft.  The furniture is now "collectible" and can be found in many Idyllwild houses and cabins.

In the late 1960s and 1970s, there was an influx of hippies in Idyllwild, which changed the nature of the town and alarmed many longtime residents. Timothy Leary lived on a ranch in nearby Garner Valley, with the ranch serving as the headquarters of The Brotherhood of Eternal Love.  Currently the ranch encampment in Garner Valley is operated by Camp Ronald McDonald for Good Times as a year-round retreat for children with cancer and their families.

From 1974 to 1979, Idyllwild hosted the Idyllwild Bluegrass Invitational, then the only bluegrass music festival in Southern California (it was inspired by the Julian Banjo-Fiddle Contest, which still goes on today on the third weekend in September).  Idyllwild also hosted the Bear Flag Festival in the 1950s through the 1970s, a festival to honor California's Bear Flag and to mark the passing of the grizzly bear from California, the last of which, according to local legend, was killed at Hurkey Creek in Garner Valley.

Most high school-age students in Idyllwild attend school in Hemet, which requires them to travel by school bus some 35 miles (56 km) in distance and 3,000 feet (910 m) in altitude to and from school.  Since the 1950s, some Idyllwild parents have agitated for a high school in the town, and there have been many attempts at establishing high schools, but most of the schools proved short-lived.

Idyllwild and the nearby areas of Garner Valley and Lake Hemet have been used for filming since the silent film era.  Although most of Cecil B. DeMille's The Squaw Man (1914) was filmed in Los Angeles and vicinity, footage of cattle on the open range were shot at the "H.J." Ranch at Keen Camp, midway between Idyllwild and Garner Valley.  A number of Westerns have been filmed at the Garner Ranch in Garner Valley: Guns and Guitars (1936), Heading for the Rio Grande(1936), Springtime in the Rockies (1937), Brothers in the Saddle (1949), Riders of the Range (1949), and Storm over Wyoming (1950). The Garner Ranch also stood in for the Ponderosa in episodes of the TV show Bonanza.   In 1961 and 1962, the Elvis Presley musical Kid Galahad was filmed in Idyllwild at the Hidden Lodge (click to view).   The 1980s television series Air Wolf and various car commercials have also been filmed in the area. The biker funeral procession from the 1966 film The Wild Angels was filmed in Idyllwild and included the Silver Pines Lodge, which was named Hillbilly Lodge at the time of the filming. Some of Steven Suptic's Sugar Pine 7, a YouTube comedy series, takes place in Idyllwild.